Read The Thompson Series in order: One Night, One Love, One Try

*For fans of Paper Towns, The Way Way Back, and Crazy Ex-Girlfriend 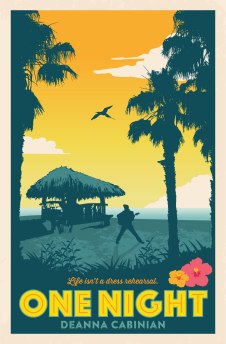 Breakups are the worst.

Thompson is miserable. Can he get Caroline back?

With his mind on HER, his life takes an unexpected turn. Elvis gives him a job. He knows nothing about the world of celebrity impersonators, but he does know social media.

And so starts his adventure…
…where will it take him?

Will he find his true love?

If you liked John Green’s Paper Towns or the film The Way Way Back, you’ll love this contemporary YA novel. 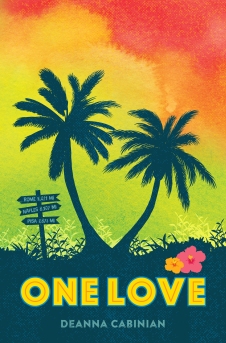 He’s going to college in Hawaii, but his girlfriend’s in Italy. To keep busy he gets a job at Hawaii Western University’s newspaper where he meets a cast of characters including Kenny, the paper’s outspoken editor; Tony, a young father; and Charlotte, a copy editor who shares his love of Elvis’s music.

Things get complicated when his friendship with Charlotte starts to feel like something more.

Which girl will Thompson choose? And will she choose him?

Will he discover that, despite what he believes, a person can have more than One Love?

One Love, the companion novel to One Night (2016), is a contemporary YA novel about college, first love, and friendship. Though it is technically a sequel to One Night it can be read as a stand-alone novel. 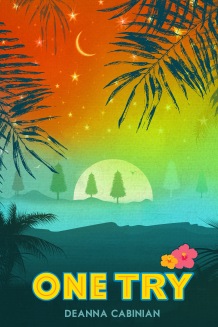 For fans of Let It Snow by John Green, Maureen Johnson, and Lauren Myracle, ONE TRY is a charming Christmas novella set against a gorgeous Hawaiian backdrop.

When Thompson is home for winter break he finds out the Tiki House, the local hangout he loves to hate, is in financial trouble. Determined not to let one of his favorite places close, he and his friend Johnny concoct a plan to save it.

Thompson’s ex-girlfriend is home for Christmas, too…And she wants to help.

What happens when the two get together to try and save their favorite Honolulu dive?

Part romance, part comedy, ONE TRY is about going for it–in life, love, and everything you do. It appeals to fans of Hallmark Christmas movies and novels by Debbie Macomber.

Though ONE TRY is technically the third part of the Thompson Lake series it can be read as a standalone YA romance novella.

To get updates on the release of future projects sign up here.