Why it took me so long to get an agent: an analysis 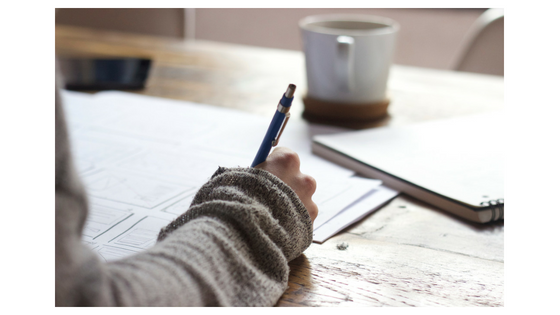 At work when things go wrong we do something called a “post mortem” or analysis of what we did well and what we could improve for next time to prevent similar problems from occurring. Now that I’ve had an agent for almost a year I’ve been wondering: why did it take me so long to get an agent? What could I have done to make this process smoother? I’ve been thinking about it and realize there were a couple things I could’ve done differently. First, let’s focus on the positive and look at what I did right.

WHAT I DID RIGHT
1) I finished projects. Some writers have a hard time completing stuff. Not me. If nothing else I am a closer based on the sheer number of projects I’ve completed. My best tip for finishing work: break it up into smaller chunks. Write 300 words a day, 50 words a day, or 1,000. Don’t try to write a novel in one night.

2) I did my research. Before I was even close to being ready I educated myself on how to get an agent. I read Writer’s Market, Writer’s Digest, the Guide to Literary Agents, and Publisher’s Weekly. I knew I had to contact agents via snail mail or email because I had no connections, MFA program, etc. (Side note: writers often wonder if MFA programs are a fast-track to success. I can say none of my agent sisters or I have an MFA. For more on MFA truths go here.)

Also, for the novel that got me representation I targeted agents who said they wanted what I had, instead of contacting anybody and everybody on the Writer’s Market list which was something I’d done in the past. I found my agent on Manuscript Wish List, a site you can search by topic, key words, and genre.

3) I kept going. I don’t know what the secret for staying the course is. I wish I did. I’m a stubborn person. If someone says, “No, you can’t do that” my immediate response is, “I’ll show them!” I think, over the years I’ve discovered that writing is a part of me whether anyone reads it or not. I would write even if someone told me it was a waste of time, I never got published, etc.

Now, for WHAT I DID WRONG:
1) I didn’t show anyone my work for several years. This was by far my biggest mistake. I could’ve prevented a lot of adverbs, telling instead of showing, and plot lines with shaky foundations if I’d just shown someone a few pages of a manuscript. It’s hard for me to remember the year, but I hired an editor to look at a sample which opened my eyes to a multitude of writing sins. For example, in my early work the word “smile” appeared at least two or three times per page. Now it might appear once in 50,000 words. Nowadays I use critique partners and beta readers, though I will say a good, long-term writing partner is hard to find. People get flaky or quit writing which makes things challenging. Some places to look for readers and critique partners – Goodreads groups, Society of Children’s Book Writers & Illustrators critique page (one for each state), Kid Lit 411 Manuscript Swap (Facebook group).

2) I wrote in the wrong genre, which I alluded to in an earlier newsletter. My tip: write what you like to read and write in the genre that your voice/style is suited to. It might take you some time to find it.

So there you have it. My analysis of what went wrong and right during my long quest to find an agent.